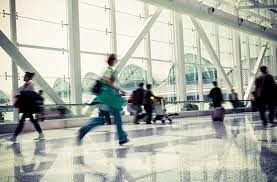 I kicked myself. I should have been on that plane the previous day without her even asking. But at that time her husband had been in the ICU in strict isolation and she was in with him 24/7. There was nothing anyone else could do but sit in the waiting room. There was nothing for me to do there. Right?

I was furious with myself. Up until that day we all had held vague hopes for –if not a full recovery- at least a rebound that would buy him enough time for the miracle cure to appear. We just had not known how quick everything could change. It was unforeseeable. Right?

My sister also had his family staying at their home, there would be no place for me to stay and I would have had to stay in hotel. Everything was hectic. She would stress about it. I did not want to be an inconvenience. Right?

All sensible, rational reasons as to why I waited until she asked me to go to her. Right?

Screw all that. I should have been on that plane the day before without her; or even before. I should have been sitting in that waiting room and not dashing madly through airports suffering the inevitable ‘Murphyanesque’ flight delays that always come at the tail end of the holidays. If I had done so, now I would not be so worried that when I take my phone off airplane mode the dreaded message will pop up and tell me that I’m too late to hold her close at the time of his passing.

My mom and I had visited them for a week in mid December. It had been sort of a spontaneous trip. My husband had suddenly realized that he had some frequent flier miles about to expire and I decided to just go for it. We all lucked out when my Brother in Law had a great week between the ‘dragon-slayer’ level chemo treatments that he was undergoing.

I cooked for them and he ate. ‘Oooohhhh that smells so good’ he exclaimed time after time. I beamed with pride. Cooking is my craft. He could even manage to eat a few bites enthusiastically (and keep them down). The cherry on top. Anyone that loves to feed others, like I do, will understand the deep satisfaction that comes from this. Worth the 11-hr plane trip and every penny spent by itself.

Christmas had been relaxed for them. Chemo #4 had gone surprisingly smooth. And then it went south. Or more accurately, it plunged. In free fall.

I try not to fret on the plane. I knit; a mercifully simple pattern that I still manage to bungle every 3rd row. Finally I give up on that and start typing. I have been avoiding the emotions I know would come the instant I touch the keyboard. But then, so what if I start crying? I’m a grown woman, I’ll bawl my eyes out and drop snot from my nose unashamedly wherever and whenever I feel the need to.

All outbound flights had been so ridiculously delayed that I was able to rebook to the ‘earlier’ flight before I even got to the airport from home. I sat as calm as I could by the gate but of course the announced departure time went by without boarding. By the time we finally left, I only had 30 minutes to make the connection in Miami; a messy airport that I usually try to avoid. At least the next flight was supposed to leave from the same terminal.

I managed to keep calm until we landed and the pilot announced that we had no gate. I started to sweat. I already knew that if I missed that plane, I would stuck in MIA for at least 12 hours. Of course that was without counting on the cascade of delays that would take place the next day after the FLL shootings; but we still did not know about that.

Most of the people sitting around me were all in the same boat: a lady that was continuing from Miami to Honolulu to meet with her boyfriend that she had not seen for a while, the lady that was starting a new job on the following Monday, the couple next to me that were returning from their honeymoon…. And me.

Mr. Honeymoon asked my where I was heading to. Las Vegas, I answered. That should be fun, he said. My face must have told the story. It’s a family medical emergency, I replied, trying to keep the tears from rolling down and not quite succeeding.

Finally the gate was cleared. I still had 7 minutes to make my flight. ‘You can go ahead of us’ Mr Honeymoon said. He even blocked the aisle for 5 seconds so that I could start my sprint directly from then and there. I hope he has good-flight karma for the rest of his life.

And then it turns out that although gate D21 was nominally in the same terminal, you still have to get on the tram to get to it. 3 minutes to go. I visualized myself sitting on the plane. I prayed. And I ran.

I have often joked that my fitness journey has been driven by three things I want to always be able to do: drink lots of wine, eat good food, and be able to run if the need ever comes. That moment was now. I ran. Up the escalators, into the tram, down the escalators and through the interminable hallway. With my backpack and carryon suitcase in tow. Thank God for weight lifting.

Technically I did not make it. The door was already closed. In front of me were two guys beginning to throw a fit because of their delay. Then another breathless girl arrived. I just stood there (gasping and sweating) in disbelief. I would have given up, but Upset Guy finally got the security guard to page the gate agent that was still inside the passage. And then magic occurred: the door reopened and we were told to hurry up and take whatever available seat next to wherever we could find space to store our luggage. I shook, sweated and praised entire pantheons of gods, saints and angels.

So at the end, not only did I make it to LAS as scheduled, I could also go straight from the airport to the wonderful hospice where my brother in law had been admitted as they allow visits 24/7. He was still hanging on though barely conscious. But he understood that I had arrived on a one-way ticket and that I would stay to help my sister for as long as needed.

There are many stories of human resilience, unconditional love and solidarity that I could tell from the three days that followed. Maybe I write about them later, but for now it is sufficient to say that I was able to hold my sister when her best friend, business partner and true soulmate finally took his last breath.

Never again will I wait until I am asked to get on the plane. Now I’ll go feed my sister and pour some wine.

Oh, and before I forget: FUCK CANCER 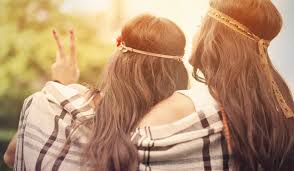 2 thoughts on “Procrastinating Trips of Sadness”