I’m just getting over a nasty cough I have had for over a month. A dry, hacking cough that would not get better and made everyone around me think that they need to call 911 to keep me from dying.

My lungs were not congested, it was not asthma, I could exercise without problems, and I did not get out of breath during the bad spells … though the muscles around my ribs have been killing me. It really sounded a lot worse than how it felt.

I can only describe it as a feeling that something was stuck on my throat.

This was not the first time I have this cough. The Cough. Every few years, always at the worse possible time, it would come around and make my life miserable –and the life of those around me that had to listen to the constant coughing. Once I got going, speaking would trigger incessant hacking spells so I would go through my workdays writing on post-it notes to avoid verbal exchanges.

Eventually I would get sent to the infirmary and kicked out of work. I was told not to come back until I was better. Then I would go to the nearest doctor, get the miracle cure in the form of a cortisone shot, and be back in the office the next day.

But this time around I’m a different person.

These days I’m a stay-at-home-wife (though my husband would lol at that description) and much (much!) more body conscious that I was in the past. I did not want cortisone in my body if it could possibly be avoided. Besides, I had a strong suspicion of where it was coming from.

You see, I knew exactly when it got started.

Six weeks ago my sister called me in a complete state of disbelief. She had dropped her kid off at our mom’s for babysitting and a few minutes later she received a phone call from mother asking if it was OK to leave the kid alone while she went grocery shopping. This is NOT the kid you can leave unsupervised for more than a few minutes.

We have been aware of our mother’s mental lapses for years and she is on medication for them. So this is not a new thing. But this was different. This was not a memory gap, this was a judgment call failure.

My throat started itching that night.

The very next day mother calls me to tell me about how angry she was with her friend. This person had asked for mom’s credit card number as a favor so that she – the friend- could make some online purchases. Mom, being the kind and unsuspecting soul she is, gave it to her. The saving grace was that the card had never been activated and was declined during the transaction. Then this person called my mother back to complain and then tried to talk her into going to the bank to get it fixed.

The one and only reason mother was upset was because she ‘got scolded’ by her friend. Though she eventually acknowledged that giving the information away was not a good idea. Bad judgment call #2.

The itching in my throat progressed to tickling.

Less than 24 hours later, the opening to take action came. Mom’s cellphone got cut off for lack of payment and then we realized that she had been driving around with a car registration expired for months.

There was no more attention to be paid. The facts were all laid out in front of us and undeniable. Things had changed with our mother and it was obvious that it was time to step in.

I staged a financial takeover. It was not a hostile action because she gratefully submitted and even verbalized that she had felt overwhelmed by the managing of her affairs for a while. But she was not expecting the magnitude of the takeover.

She almost burst out in tears when she handed over her favorite store credit card. My knees felt weak and I had a knot in my stomach but there was no way I could back away. One of the hardest things I have ever done. I cried all the way back home. I’m sure she cried too.

That evening all of her unopened mail and unpaid / mis-paid bills were laid on the floor of my living room. I poured myself a glass of wine and tried to make sense of where she stood financially. It was a mess.

It was exactly then that The Cough started. It felt as if I had swallowed a porcupine.

It took me a week, a 210-row spreadsheet, 5 colors of post-it notes and 3 different sharpies to come up with a plan to get everything paid off and a system so that her affairs could be managed sustainably by either myself or any of my siblings.

I was on full on Warrior Mode: I opened new accounts, tackled the worse credit cards, changed addresses, configured credit alerts, setup direct deposits and electronic payments. As an engineer, this is what I got paid for at work, what I was trained for: see a problem, define it, break it down in manageable pieces, and get it fixed little by little.

But all the time the porcupine in my throat kept growing and The Cough just kept getting worse and worse.

Another week went by. I took my allergy meds, I drank cough syrup by the cupful, gargled peroxide and salt water 3 times a day, swallowed spoonful after spoonful of honey, and cooked up every home remedy I had ever heard of. Everything helped a little but nothing got rid of The Cough.

The porcupine had made a nest and was ready to settle in for the duration.

Three more weeks flew by. Eventually there were no more urgent tasks to complete. The financial management plan was fully in place, mother’s meds were revised, insurance coverage re-evaluated, new doctor’s appointments have been set… I could not stay in my Warrior Mode anymore.

I could not distract myself from the feelings that go along with this kind of thing anymore: the impotence, the fear for the future, the anger, the deep sadness. The loss. And of course, the words that needed to be said, the tough conversations that have to happened while there is still time.

Every night at 2:30am the little ball of spikes went for a walk along my esophagus to remind me of its presence. Sometimes its steps felt like little feathery tickles and other times its spines dug into my gullet as sharp as the sting of a bee.

Then last week I took my mother out for lunch. Halfway through the meal I started coughing and she got somewhat distressed by it.

It was time to say the words I was afraid to say, the ones that would make all of this real. Time to evict the little critter.

-‘Have you noticed that you memory issues are getting worse?’

There. I took everything I had but I said it. It was spoken out loud. The monster hiding in the closet. The white elephant standing in the room. The porcupine growing in my throat. The D Word. The A Word.

-‘Are you scared? Because I am. I’m scared shitless.’

-‘Do you agree that moving in with any of us is not a practical or good mid-term option?’

-‘Do you trust me enough to go along with any hard decision I make?’

-‘We need to discuss NOW your thoughts about long term care options.’

-‘Do you think you can still live by yourself? I think you still can, but not for long.’

With every phrase I uttered, I felt one of the porcupine’s spines retract from my throat. The emotions started flowing.

And then I was grateful. Fall-down-in-your-knees grateful. Thankful that I can actually have this discussion with her; that this is a hard but not taboo subject. That we can talk about this NOW when she is perfectly fine 99% of the time. That she trusts me and my siblings enough to come up with the best possible solution for her.

The answers broke my heart in a million pieces; but it seems that the porcupine was finally able to escape through the cracks that opened up in my soul during the conversation.

I have not coughed since. 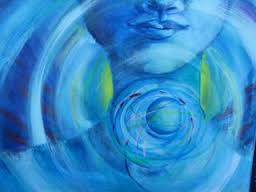