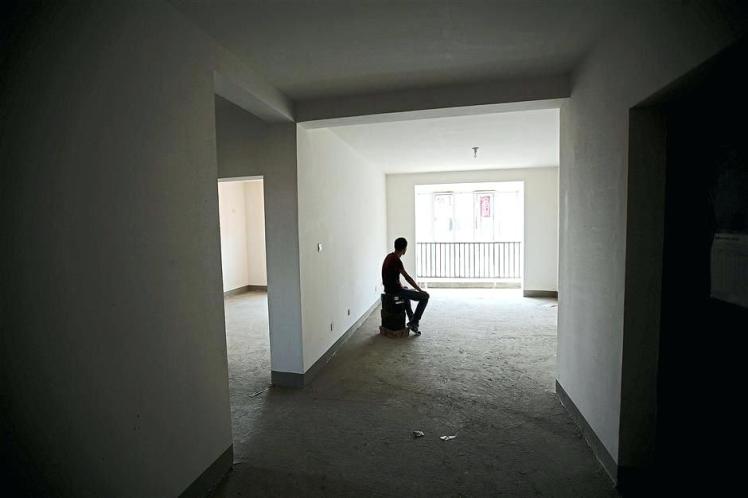 Over a decade ago there was a long period during which I was relentlessly angry at my mother over the management of the rental house she had inherited from her aunt. This was a constant source of stress between not only between her and me, but also between my husband and myself.

From the time my younger sisters were no longer eligible for social security support as minors and the year my mother could apply for a widow’s pension, the renting of this house was the only source of income our family.

My mother is the kindest, most loyal, and supportive person you will ever know. It was only natural that she would befriend every tenant. Once the BFF relationship was established, it didn’t take long before the late payments started. These were followed by ‘lower-than-agreed’ payments and then the days of ‘maybe next month’ inescapably arrived. Collecting was a BIG problem for her.

Every time a tenant gave notice she went into full blown panic. She always had to agree to let them live ‘for free’ the last 2 months because she had no cash to return deposits or security fees. You see, my mother has always had a –ahem- complicated relationship with money: She was always broke. If she had a penny she spent it; and most likely for the benefit or enjoyment of others.

Mercifully none of the tenants thrashed the place but the signs of use and wear were obvious: leaky faucets, semi-clogged drains, broken doorknobs, scratched tiles, and of course the need for a fresh coat of paint.  Nothing major, but all things that had to be fixed before renting again. And every single item had a cost. But she was broke.

This is the point where I always got involved and made it a problem for myself.

Many adult children will know where this is going: My mother had a need, I had to fix it. No ifs or buts. It was my sacred duty as a financially stable daughter. I paid for the renovation and then gave her a stern talk-to about sound management practices, the need to keep a savings account for future maintenance work, and firmly announced that from that moment on she was on her own financially.

And every single time I got the stern talk-to from my penny-conscious husband. ‘You keep throwing away your good money after bad money. How much did you spend this time? Probably enough for a nice vacation? With all that money you could be driving a brand-new car…’

Then came The Great Idea: my mother would sign over the house to me, I would take over the managing, and pay her a monthly amount. Problem solved! It would even be a long-term investment for me.

Yes!!!! I would do everything right. I would renovate the property the way it should have been done. I would avoid the sublet problems by segregating it into small apartments. I would insist on credit reports and sign binding contracts. I would evict delinquent tenants… I had everything to excel on this role.

In other words, I would be the perfect manager that my mother was not. I had it all planned. There was no reason why it should not work out, it was The Great Idea after all. Right? Right.

My husband put in money, blood, sweat, and a lot aggravation into making ‘my’ house what we thought it should be. He worked hand in hand with our contractor for weeks. Eventually the house was ready, and it was time to get the occupation permits.

And that was when the trouble started.

The inspector informed us that even though everything met the building code according to the construction permit, several things did not comply with the occupancy code. Oh, and by the way, the breakers would have to be relocated 3 feet from where they were. And a new water intake would have to be installed because the current one did not have capacity for the split apartments… $$$$$$

I had the nagging suspicion that The Great Idea had the potential to turn into The Big Mistake. And this time I was right.

The first year passed by while I tried figure how to fix the issues without sinking even more money into the house.  How could this had happened to me? This was the kind of thing that would happen to my mother, but not to me! I’m a fixer. I get things done. Or so I thought.

Every month I paid my mother the agreed amount from my hard-earned cash while the house languished away without permits. I got busier and busier at work as I got involved in projects and life with a teenaged daughter got complicated. Time was a precious commodity.

During the second year I ‘committed’ to making at least one attempt per month to obtain the elusive permit. I did not advance an inch by going from government office to government office in person or by spending hours on the phone. Everywhere I went they said ‘oh this should be easy, just go to X and get Y and when you bring it to us then Z should be fixed.’ Though I brought in everything that they had asked for, I was denied every time.

I had to humbly accept that I was not nearly as good with people as I thought I was. I was surrounded by evidence pointing to the fact that I was not as relentless, focused, and target-driven as I perceived myself to be.

The thought that maybe my Mom and I were not so different after all lurked uncomfortably in the back of my mind. The Great Idea was proving to be The Big Mistake indeed.

Years 5 through 7 whizzed by while the house stood empty and neglected. I had to hear from my husband the very same harsh words I had once told my Mom over tenant troubles. I had to publicly accept that I had completely and utterly failed in this endeavor.

I tried to hire people to do the permit work for me. Nope. No one wanted to do it. It was too small of a project to interest the professionals. ‘It is very straightforward, you should be able to apply for everything yourself’ was their official opinion. Except it wasn’t.

Maybe it was around the 8th year when real life lessons started coming at me from all sides: I had to redefine my role as a mother, I was forced to change careers, I had some health concerns…. All the good stuff that makes you take a good look at your life and actively try to understand why and how you wound up in the spot you are. Also known as a WTF moment.

I had taken over this house in anger and fear. I had been afraid of damaging my relationship with my mother, of disappointing my husband and of losing my hard-earned money. By now I knew that I had made The Big Mistake. Or so I thought.

I believe that there is a Star Wars quote for all circumstances in life, and here it is, in the words of Master Yoda: “Fear is the path to the Dark Side. Fear leads to anger. Anger leads to Hate. Hate leads to Suffering.”

Fear and Anger. The two sentiments which guided me directly to The Great Idea. Every time I thought of my situation I was overwhelmed by shame. I hated that house. I was Suffering.

Then – just around the 9th anniversary of owning the house- came a time of profound changes in all aspects of my life: I committed to a healthy diet. I discovered that I enjoyed exercising. I reconnected with my spiritual practice. I embraced a minimalist lifestyle. Basically, I finally grew up.

I took a long and hard look at my relationship with this house and it finally hit me in the face: acquiring it had been an act of hubris disguised as self-defense. This was a game changer.

Now that life had given me enough servings of humble-pie (and a lot more backbone) I could admit that I could just have said no when The Great Idea came along. I never wanted this house. I could not even bring myself to call it my house. I could have said no without guilt. Without anger. Without fear.

I could have just told my mother that there would be no more money from me and let her deal with the consequences. I was neither the victim or the hero in this story; I was an enabler. Now, how is that for falling from a high horse?

Having reached that earth-shattering (to me) conclusion I invited my mother to lunch and I apologized for the many years of harsh words and judgement. I told her what I had learned. She understood. We agreed on a long-term plan to end my financial commitment.

The Universe took care of the rest.

Shortly after I hung the ‘For Sale’ sign, my troubled relationship with the house came to an end. As I signed the sale contract, I said a prayer in gratitude for its service as a teacher in my life.  Given all that I had learned, in a very unintentional, expensive, convoluted, and entirely unexpected way, the house turned out to be The Great Idea after all.